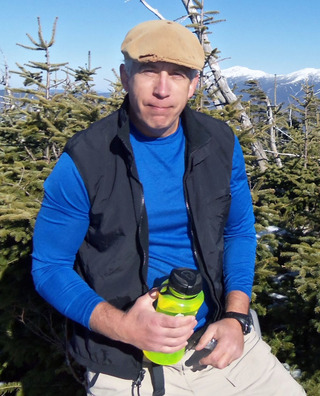 Born and raised in Rhode Island, Peter Pezzelli grew up in the town of North Providence. A graduate of La Salle Academy, he completed a year of prep school at Phillips Academy Andover before attending Wesleyan University where he earned a bachelors degree in English.

After college, Peter traveled for several weeks in Italy before coming home to begin training to be an administrator in his family’s nursing home business. He did not begin dabbling on the side with a writing career until later in his twenties when his girlfriend (and future wife) bought him an electric typewriter for his birthday. Not long after, while laid up recovering from knee surgery necessitated by a series of unfortunate rugby injuries, he decided to pass the time using it to write short stories. He later enrolled in some creative writing workshops at Brown University, attended the Wesleyan Writers Conference, and eventually began in his spare time to submit freelance articles to Rhode Island Monthly and other local magazines and newspapers.

In time Peter decided to put aside short stories and freelance writing, and try his hand at writing a novel. He wrote several before finally penning Home To Italy. Published by Kensington Books in 2004, the story earned acclaim as a Book Sense “Pick” in September of that year and later as a “First Novel of Distinction”.

Peter is now the author of six published novels, all set primarily in Rhode Island or Italy. Translated worldwide into over a dozen languages, his stories of life, love, friendship, and family have been featured in Reader’s Digest Select Editions, Doubleday Book Club, and are favorites of library book clubs around the U.S.. His newest book, The Glassblower’s Apprentice, published by West Passage Publishing Company, was published in October, 2013.

Peter lives in Rhode Island with his wife and two children.

The Glassblower's Apprentice
The journey back to life leads through the heart...
Home to Italy
“A beautiful novel...Peter Pezzelli captures the warmth of Italy--family, friendships, and food--invites us into the world of his wonderful characters, and takes us full circle on a journey of life and love.”
Luanne Rice
New York Times bestselling author
Villa Mirabella
Sometimes you can go home again...
Italian Lessons
“Poignant and emotionally revealing, Pezzelli's latest will have you laughing, crying and simply enjoying a first-rate novel.”
--Romantic Times

Every Sunday
"A sweet, brave, and funny novel--with a heart as big as the entire state of Rhode Island."
Claire Cook
--author of Must Love Dogs